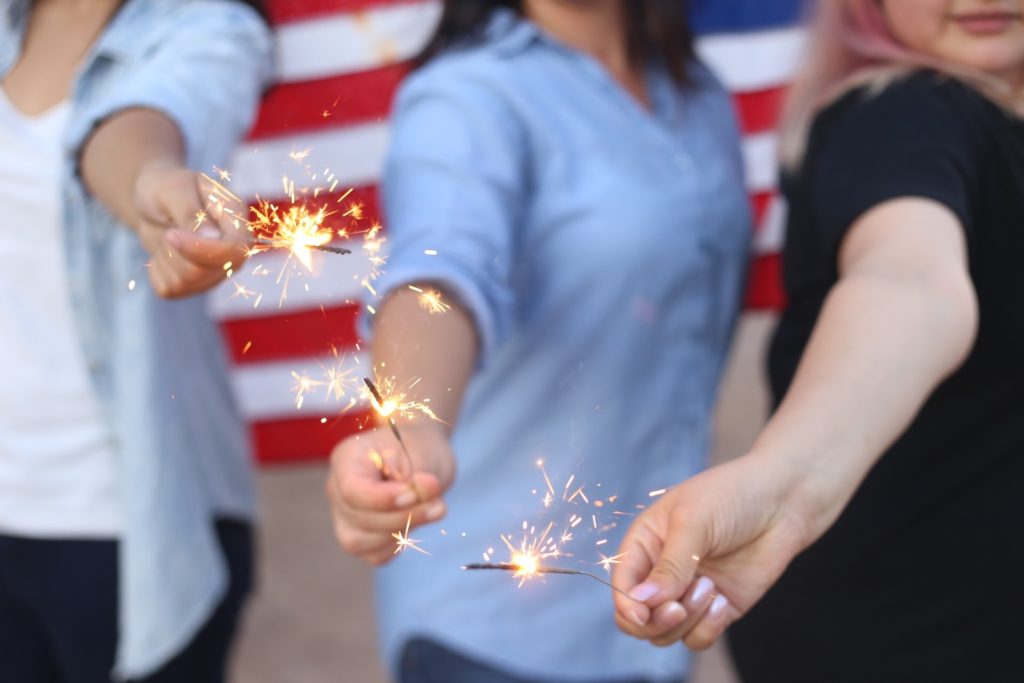 It’s officially summertime now, and we just can’t get enough sunshine.  We’re spending each and every day up in the trees.  Can you blame us?!

We’re also looking forward to the 4th of July.  Did you know that around 150 million hot dogs and 700 million pounds of chicken are consumed on this day?!?  (details here)  It’s a great opportunity for us to celebrate our Independence while indulging in s’mores, and perfectly BBQ’ed hot dogs and chicken while anticipating the fireworks that symbolize the independence of the 13 original colonies. Bonus points if you can name all 13!

You’ll never guess where our 4th of July traditions come from.  Before all the hot dogs and fireworks, the 4th celebrations consisted of parades, bonfires, and firing cannons or muskets as a mock funeral for King George.  The celebrations also consisted of readings of the Declaration of Independence.  Good ol’ George Washington even doubled rations of rum to soldiers for the day in celebration! (Read more on this here)

While some of you might be keeping tradition alive by doubling your own rations,  we’ve got a great alternative plan for you.   Celebrate your independence by feeling free and alive like never before on our zip lines, bridges, and leaps of faith.  See you in the trees!

Exit 11 off the Garden State Parkway